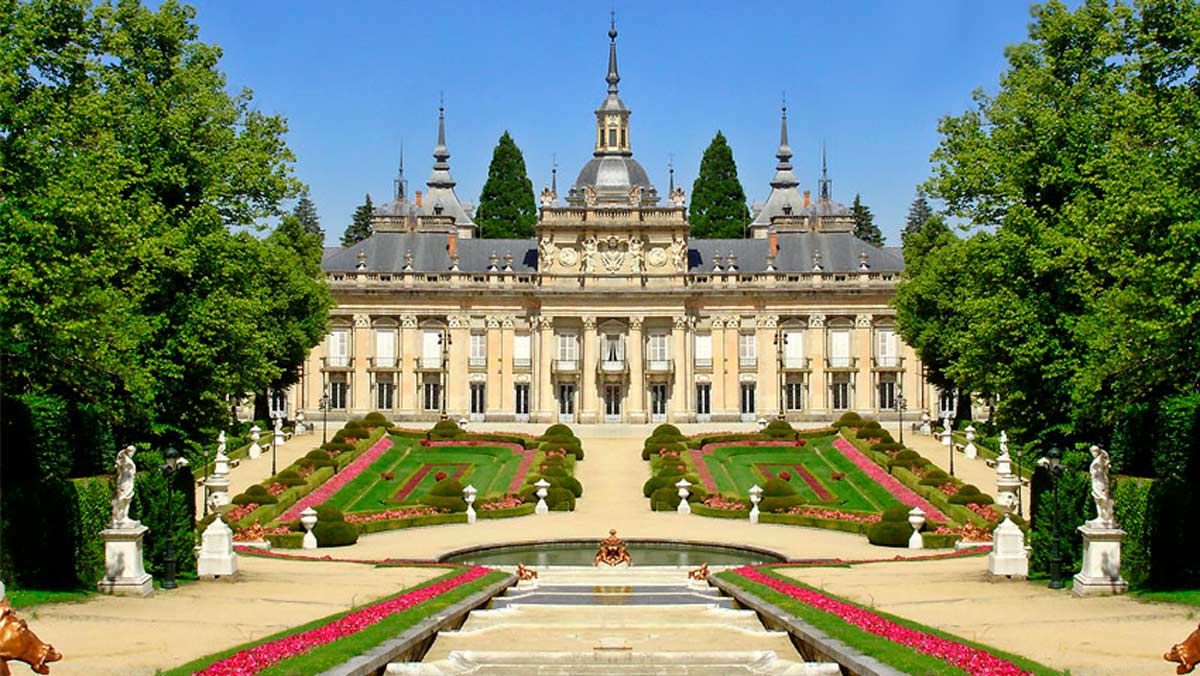 Posted at 11:15h in Destinations, Experiences, Latest News by julia

It’s hard not to stumble upon a Palace when visiting Spain There is no doubt that our country has played a significant and powerful role in world’s history and the vast number of Royal Palaces and stately homes located in splendid surroundings all over the country are the best proof of it. We have selected the most stunning ones that you should not miss on your next visit to Spain! Let us know when you come and will make sure we add some of them on your customised itinerary.

For the first time, the Liria Palace is opening its impressive collection of paintings, sculpture, tapestries, furniture, engravings, documents, books and decorative arts to the public. Some of its most notable paintings include Goya’s portrait of the Duchess of Alba, portraits of the Grand Duke of Alba by Titian and Rubens, and works by such masters as Velázquez, Zurbarán and El Greco.

The tour of the Liria Palace also includes the library, with a first edition of Don Quixote (from 1605), the last will and testament of King Ferdinand II of Aragón, a collection of letters by Christopher Columbus, and the Alba Bible, which was one of the first Spanish translations of the Old Testament.

A total of 12 rooms can be visited in the palace, which was built in 1767-1785. In the Neoclassical style, it was begun by the French architect Louis Gilbert and finished by the Spaniard Ventura Rodríguez. It is also notable as the only palace in Madrid still in use as a private residence, and one of the most important in Spain.

The Royal Palace is one of the top tourist attractions in Madrid. It is the official residence for the Royal family, but these days they only use it for state ceremonies. The rest of the time it’s open to the public. Otherwise known in Spanish as the Palacio Real, the Royal Palace was built during the 18th and 19th centuries, and is a monumental building.

It replaced the former medieval Alcázar, which was burnt to the ground in 1794. The present day Royal Palace of Madrid was decorated to the tastes of Charles III, and is lavish inside. Visitors can wander through many of the rooms and banqueting halls.

Just walking around the outside of the Royal Palace is impressive. There is a vast courtyard behind elegant iron fencing. To the side of the courtyard is an unexpected and stunning view across the countryside beyond. It’s as if Madrid just stops and the fields and trees start. On a clear day this panoramic view is breath-taking!

The Palace of Las Dueñas, example of the Sevillian noble architecture, has a huge architectonic value that lies in the mixture of Gothic and Mudejar styles. This building’s main attraction is the combination of the majesty of the building itself, its patios and gardens, and the appealing of the collection of paintings, sculptures, tapestries, furniture and antique objects of an enormous artistic and historical interest that are stored in the palace.

This palace belongs to the House of Alba. Curiously, Antonio Machado was one of the tenants and administrator of the palace. His circumstances made possible in 1875 the birth of one of the main Spanish poets.

Located in the heart of Seville, the Real Alcazar is one of the oldest palaces still in use in the world. The palace has evolved through different stages over time, from the late 11th century to the present day. From its walls we can appreciate the influence of the cultures that have passed through the city.

The artistic heritage of Seville’s Alcazar was enriched by magnificent contributions in the renaissance periods, such as the spectacular tiled altar made in 1504 by Francisco Niculoso Pisano and the painted altarpiece in the Almirante room, dedicated to the Virgin of Sailors. This Renaissance splendour also shines through in the rooms of Carlos V, while the interior rooms display magnificent collections of tapestries show Carlos V conquering Tunisia.

In the 19th century, the Borbon monarchs also left their mark on the Alcazar, adding spaces in the top floor of the building, where old rooms were refurbished and decorated with tapestries, crystal lamps from La Granja, clocks, furniture and an outstanding collection of paintings.

Lying some 80km from Madrid and only 10km from Segovia, San Ildefonso boasts a stunning natural setting and a rich cultural heritage. A farm run by the Order of Saint Jerome, it was purchased as a summer residence by King Philip V, the first member of the French House of Bourbon to rule as king of Spain, after he abdicated.

The Royal Palace of La Granja de San Ildefonso is reminiscent of Versailles not only because of its sumptuous halls but also due to its magnificent fountains, sculptures and gardens, which were designed by René Carlier, a disciple of Louis XIV’s architect.

A selection of fountains are turned on from mid-March to mid-October, although if you’re lucky enough to be visiting on 30 May, 25 July or 25 August, you’ll get to see all the fountains in action.

The Palace of La Magdalena is the most emblematic building of the city of Santander and one of the most prominent examples of civil architecture in northern Spain. With a majestic landscape, we can find the palace at the highest point of the Peninsula bearing the same name. Its construction, between 1908 and 1912, following the plans of Gonzalo Bringas and Javier González de Riancho, resulted from a municipal initiative: the Town Council wanted to present Kings Alfonso XIII and Victoria Eugenia with a summer residence to consolidate the summer tradition that was taking root in the city and its province. The monarchs and their children spent their summers between 1913 and 1930 in Cantabria.