Spain in a Glass: Wine, Culture and More 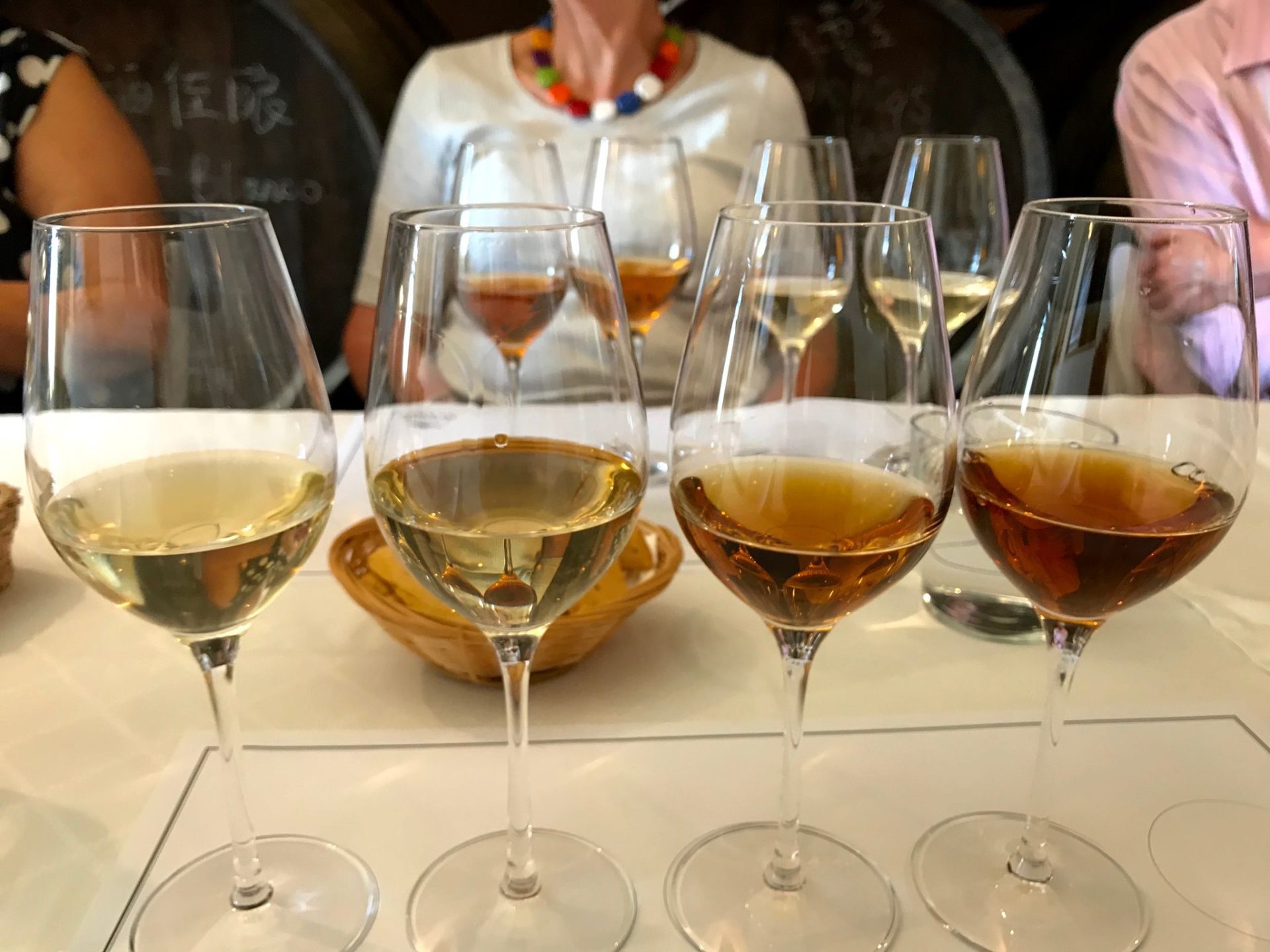 09 Jul Spain in a Glass: Wine, Culture and More

Posted at 09:57h in Food and Wine, Latest News by julia

Are you ready to be guided on a fascinating wine journey across Spain? This is our own educational but fun way to share our knowledge about Spanish wines with you. Firmly rooted in tradition and steeped in history but at the same time modern and vibrant, Spain is a country of contrasts. Whether it is the climate, culture or geography, Spain offers spectacular variety. From rustic to refined, traditional to innovative, red, white, sparkling and fortified, the wines of Spain along with a legendary cuisine, all have something very special to offer.

Galicia feels very unlike the rest of Spain. Lush green valleys and a beautiful landscape with irregular Atlantic inlets called rias (flooded river valleys that remain open to the sea). Rias Baixas is the most popular wine region in Galicia and is known for its delicate, lively, aromatic whites perfectly pairing with fresh fish and delicious seafood. Albariño is the dominant white grape here; it can vary from crisp to tangy to round and peachy.

You’ll also find the Mencia grape growing here which is arguably northwest Spain’s best red. Its lip-smacking raspberry tones and floral aromas are fun and bracing. The vineyards in this region extend all the way to the Basque Country, where the light, fruity, acid and spritzy Txacoli wine is produced (very popular to pair with pintxos).

Castilla y León is the political name of this area and the most popular wine region is Ribera del Duero (meaning, the “banks of the River Duero”), this same river becomes the Douro River when it arrives into Portugal. This region is also home to the famous Vega Sicilia winery founded in 1864 by Don Eloy Lecanda y Chaves. The wines produced in Ribera del Duero are almost exclusively from red tempranillo grapes.

But tempranillo shines even more brightly in Toro, where they produce full-bodied powerful and very styled wines. Whites play a definite second fiddle in the area with one tremendous exception, that of Rueda, producing consistently delicious, mostly inexpensive, white wines from the Verdejo grape.

The Rioja wine region is located along the Ebro river and is spread along three different areas: La Rioja itself, Navarra and the Basque province of Alava. Rioja is further subdivided into three zones: Rioja Alta, Rioja Baja and Rioja Alavesa. Each of these zones produce their own unique expression of Rioja wine due to the distinct, unique and varied geology of each region.

Rioja wines are labelled according to very specific aging classifications: Joven, Barrica, Crianza, Reserva y Gran Reserva. Tempranillo is the most widely planted red grape in the Rioja region but a typical Rioja blend will consist of approx 60% tempranillo and up to 20% Garnacha along with much smaller proportions of Mazuelo and Graciano. Viura is the main white grape planted in this region along with Malvasia and Garnacha blanca.

The Catalan wine region has a perfect location and benefits from the many unique microclimates created from the coast to hills inland. Along the coastline, Cava is the reigning queen. Cava is Spain’s answer to Champagne. However, instead of using the same French grapes, they use three indigenous varieties (Macabeo, Parellada and Xarel-lo). Although cava can also be produced in Rioja, Valencia, Extremadura, and Aragon, 90% of it is still produced in Cataluña.

The powerhouse red wine area is definitely Priorat. A once forgotten plot (decimated by Phylloxera), Priorat has the recognition of outstanding consistency of quality and has become a red wine hotspot coveted by many wine critics worldwide. In the region of Valencia, Southern Mediterranean, we find two red grape varieties, Monastrell and Bobal, which are distinguished by their freshness and liveliness, producing deep coloured and fruity wines.

In the land of Don Quixote, wine plays a vital role both economically and culturally. The Meseta Central area produces nearly half of the wine in all of Spain. In the past, this region produced an ocean of cheap ‘Vino Tinto’ and ‘Vino Blanco.’ You can still find these low-quality wines in supermarkets around Spain and is normally sold in cartons. The region started to improve in the 1990s when a few people brought in vines and winemaking techniques from California and Bordeaux.

The greatest wines of the region are bold and lush red wines with a characteristic note of grilled toast. The exceptional whites of the area tend to be oak aged with nutty and creamy notes of apricots and peaches.

Perhaps one of the most instrumental people involved with bringing quality to Castile-La Mancha was Carlos Falcó Fernandez de Córdova of Dominio de Valdepusa. Falcó’s work led to the creation of what is arguably the highest tier of Spanish wine designations called Vino de Pago–a single vineyard area designation. His Dominio de Valdepusa vineyard became the first to receive a Vino de Pago DO. Today, there are nearly 20 DO Pagos in Spain.

The topography, geology and climate of Southern Spain are excellent for vine cultivation and that’s why Andalucia produces unique wines of great quality which are both varied and characteristic.

The most popular wine region here is Jerez, where the famous Andalusian Sherry is produced. There are other very important designations of origin in Andalusia that produce excellent wines also, such as Montilla-Moriles (similar wines to Sherry), Málaga-Sierras de Málaga, Manzanilla de Sánlucar and DO Condado de Huelva. Sherry is, without doubt, the star of Andalusian wines.

But, what is Sherry? The word sherry is simply the English name for all the wines from Jerez de la Frontera formally known as Marco de Jerez (or the Sherry triangle). This viniculture area is in the westernmost region of Andalucía (Southern Spain) and produces many types of sherry wines (dry, medium and sweet…) To really appreciate these wines, it’s better to be specific about which particular sherry you want to taste while you are in Spain.

If you want to find out more about Spanish wines, just subscribe to our newsletter (at the bottom page of our website) and you will receive a very special gift from Just Explore team.